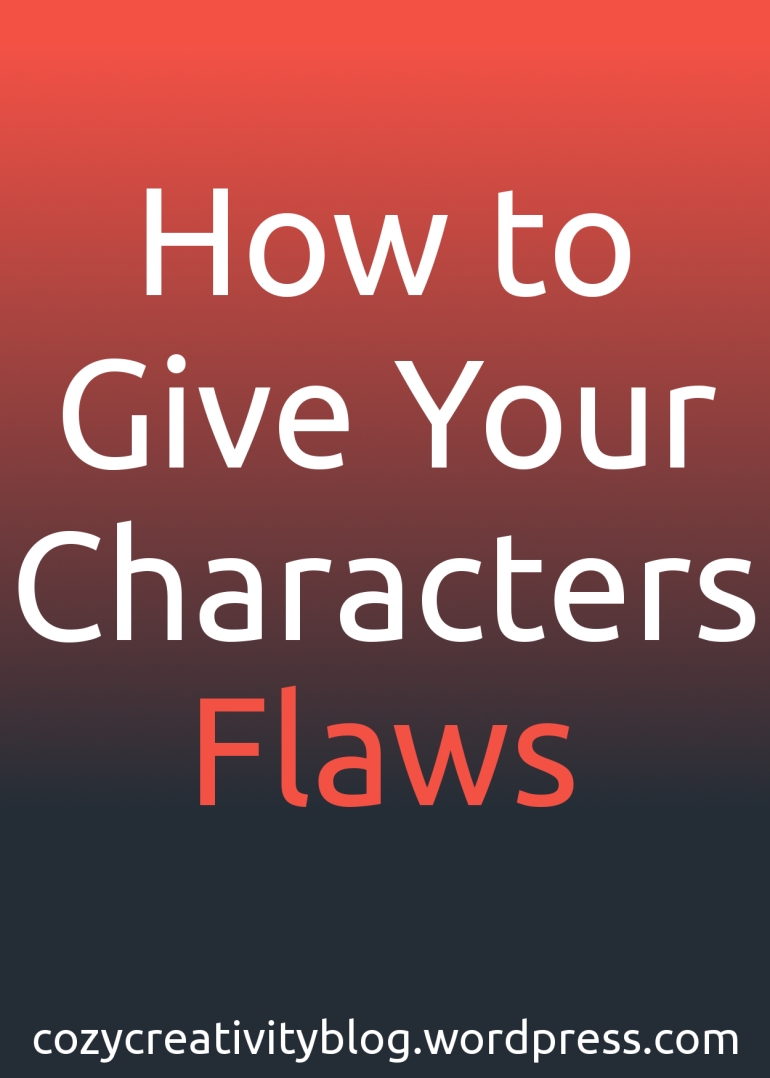 Before I tell you how to give your characters flaws, I’m going to go over the definition of a flaw.

According to the Cambridge dictionary, this is the definition of a flaw:

A fault, mistake, or weakness, especially one that happens while something is being planned or made, or that causes something not to be perfect.

Conflict comes from the problems that characters get into, the challenges they must face, and the subversion of normality in their lives.

A good story has plenty of conflict, and conflict can be driven by the traits that characters have. Whether or not those traits are deemed good or bad is subjective to the moralities of society, but any personality trait can cause conflict.

For example, a trait that is considered to be good is loyalty.

Loyalty can be easily perverted by someone being too loyal to an idea or person, to the point where they can not change their ways, even if that idea or person is wrong.

Loyalty can also be a flaw in protagonists, as it can cause a morally righteous character to remain true to an impure system.

On the other hand, traits that are seen as bad can actually create good circumstances for characters.

Greed can cause great power and wealth in a capitalistic society. Though it may be seen as an immoral trait, it can give characters an upper hand in a story, or give them the motivation to do things they normally wouldn’t do.

Greed can also cause a protagonist to acquire the funds, materials, or equipment necessary to defeat an antagonist.

Here are 7 ways ‘good’ personality traits can cause conflict:

When you want to know how a ‘good’ personality trait can cause conflict, try and imagine a scene in which that trait is the worst possible attribute to have.

Often, when trying to create conflict, taking characteristics to the extreme is very effective. That’s why I find the fewer dominant personality traits characters have, the better.

Instead of having 10 different personality traits that blend together into very subtle amounts and rarely affect the story, try giving your characters around 3 dominant traits that can be used to cause lots of conflict.

For example, a character who is extremely resilient, controlling, and obsessive can become very present and memorable.

A character who is a bit funny, tactless, helpful, reckless, creative, dramatic, and confrontational can be a difficult to remember as all of their non-dominant personality traits blend into something bland.

To make that character better, try making their personality focused around three traits.

For instance, a character who is extremely confrontational, dramatic, and creative can really take the spotlight in high pressure scenes.

You may also want to experiment with personality traits that conflict between characters.

Here are some personality traits that will cause conflict between characters:

While these traits aren’t strictly opposites, they do create tension, especially between characters who are on the same side.